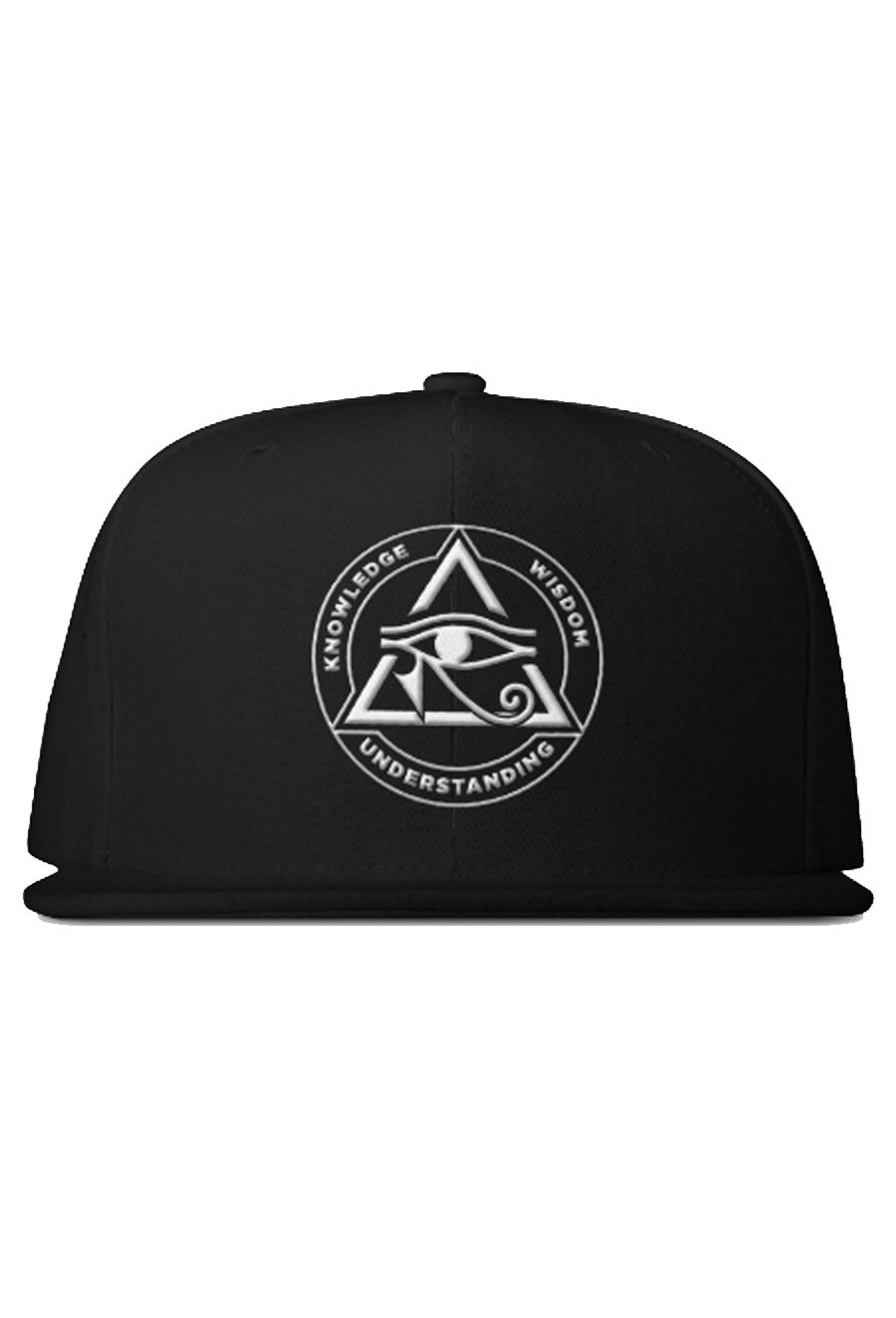 The term “120” came about in the prison and juvenile detention systems around New York, where the Nation of Gods and Earths Supreme Wisdom were considered contraband. To avoid disciplinary action, followers were teaching each other using coded references such as “120” and “degrees”. These codes would later transfer over to street slang upon release from prison of these followers. The K + W = U 120 emblem includes The Eye of Horus, also known as wadjet, wedjat or udjat, is an ancient Egyptian symbol of protection, royal power, and good health. The eye also represents the pinal gland or third eye known as the gateway to higher consciousness which is considered the consciousness of a god. The pineal gland, or third eye, is located in the geometric center of the brain with the triangle representing this correlation to the location of the Great Pyramid in the center of the physical planet. The circle represents the cipher with each section constituting the 120 Degrees.

1. - Knowledge
Knowledge is the accumulation of facts thru observing, learning, and respecting. Knowledge is the foundation of all in existence, for it must be "known" in order to make it manifest. 1 or Knowledge is also Man. (1)(Knowledge)

2. - Wisdom
Wisdom is Knowledge acted upon. Wisdom is Water, or the vital building block of life. 2 or Wisdom is also Woman. (2)(Wisdom)

Life comes when you have knowledge, wisdom, and understanding, when you can see for real, touch, and feel for real, know for real. Then you are truly living.
- The RZA